Melbourne based artist, Kirsten Perry has taken out the third biennial Klytie Pate award with her stand out piece, ‘Scalloped’. 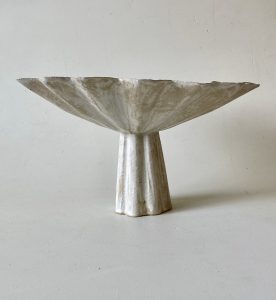 Speaking on behalf of the four judges, Anthony Knight, the director of Beleura House and Garden described the piece as “a stunning, stately and elegant piece that would look wonderful as a centrepiece.”

The judges panel, comprising of Ingrid Hoffmann (Beleura), Melinda Martin (Linden New Art) and Rebecca Coates (Shepparton Art Museum) along with Anthony Knight, described the entries in the Klytie Pate Award as representative of the shift that ceramics is taking from being regarded as a craft to now being considered a high art.

In his announcement speech Mr Knight was excited about how much the Klytie Pate award had grown in its three years and commented on the diversity of the entries.

“Ceramics, like all art, is very individualistic – never judge a piece of ceramics by turning it over to find out who made it,” he said.

“You must fall in love with it first.”

The collaboration of Karima Baadilla and Yeonjae Choi were awarded the Mark Brabham Emerging Artist award.

“These pieces have a ‘joie de vivre’ about them and in the spirit of Klytie Pate, the artists have experimented with formal shapes and splashes of glaze,” said Mr Knight.

At the opening event, major sponsor and godchild of Klytie Pate, Will Twycross announced ongoing sponsorship for future events and also doubled the prize money to $10,000.

“The additional prize money will allow more prizes to be offered and will position the Klytie Pate Award and exhibition as a significant event in the ceramics world,” he said. 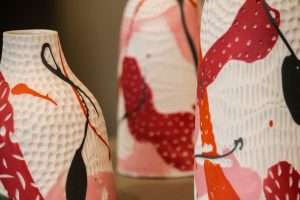 All of the 34 finalists entries are on display and are available for purchase.

For more information, visit the Arts Mansfield website at www.artsmansfield.com.au 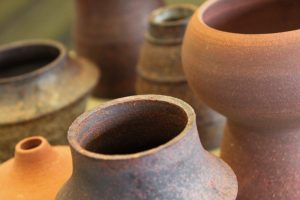